T-1 Week until or Event Management, Event and Exhibit Design students assist with the setup and decor for Bloor Street Entertains, Canada’s largest and only fundraising gala in support of HIV/AIDS research.

This annual event is organized by the Canadian Foundation for AIDS Research (CANFAR). The goal of Bloor Street Entertains is to deliver a world-class event, which raises funds and awareness for this important cause and to ultimately reduce the number of new HIV infections in the country. The support of guests, sponsors, and partners at Bloor Street Entertains is the driving force that allows CANFAR to continue moving forward in its mission to end the HIV epidemic in Canada. Last year, the School of Fashion and School of Media students supported CANFAR’s 23rd Bloor Street Entertains by transforming Bloor-Yorkville’s storefronts into luxury dining spaces.

Seneca students and faculty have worked on Bloor Street Entertains for more than 11 years. The annual event raises between $500,000 and $1 million annually for CANFAR, the Canadian Foundation for AIDS Research. Stay tunned for photos/coverage on the 2019 event!

Living with one foot in fashion and the other in dark dramatism, Alice Zhu’s work expresses her inner world and personality. “For me, fashion is a part of who I am, it’s about costumes, theatre, and art – like a performance in style.” Recipient of the Seneca School of Fashion Excellence Award, Alice has design confidence that isn’t afraid to break out of the mold.

Her line, as seen at the 21stCentury Atelier: Redefining Fashion in a New Age of Design, held in partnership between Seneca College’s School of Fashion and the Royal Ontario Museum, features what she calls “Psycho Clown.” The line is designed in rebellion to mainstream retail garments and celebrates hip-hop streetwear and decorative vintage looks.

Using woven polyester, silk and cotton, Alice cuts silhouettes that are A-line and asymmetrical. She details and decorates using colour blocking, pleats and ruffles. “My clothes are meant to make a person stand out,” says Alice. “They’re made for Alexander McQueen style runway shows, for theatre and movies, they’re meant to attract attention and create a mood.” 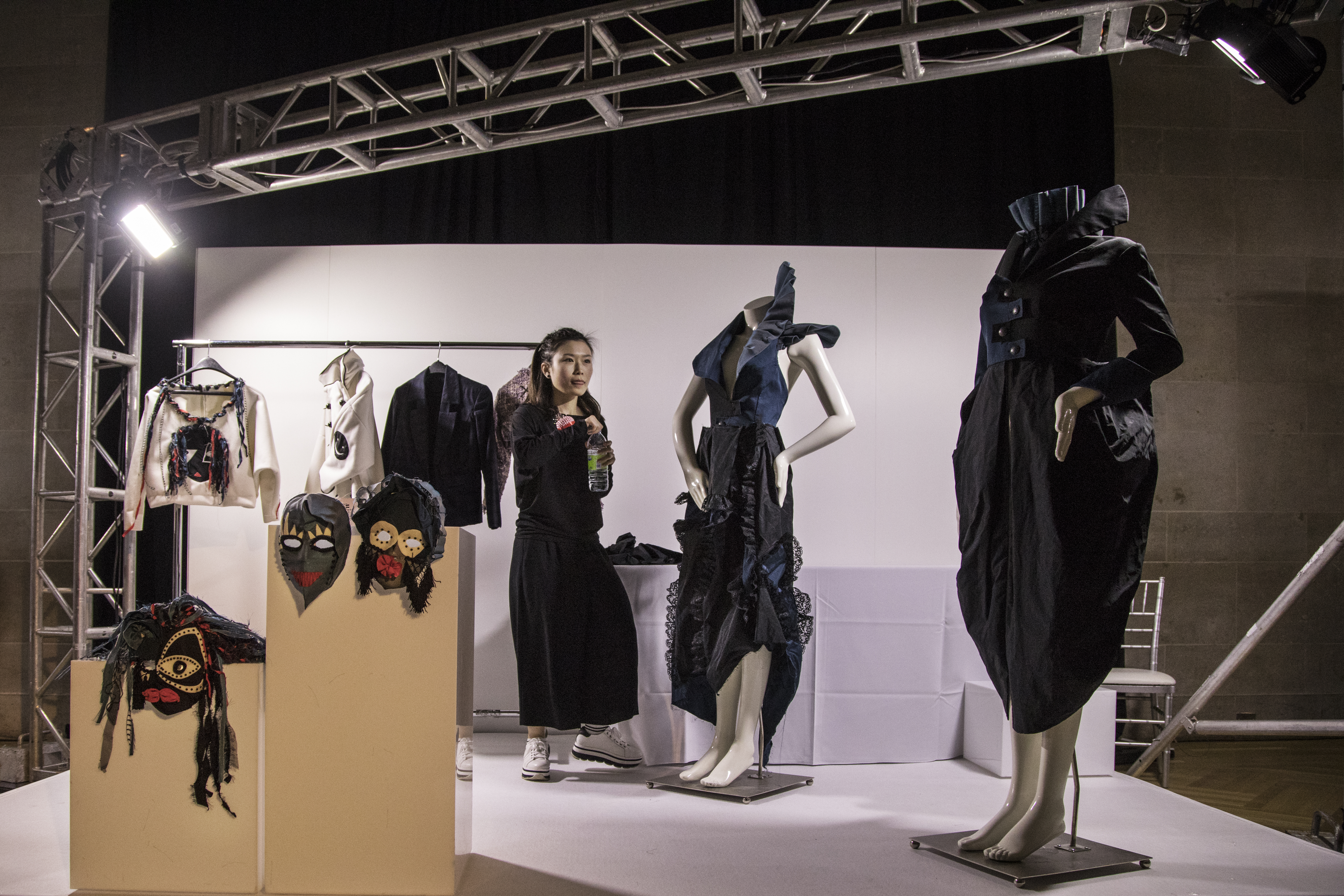 Observing the streetwear designs in her line, one sees oversized jackets and petite tweed tops (reminiscent of Chanel’s suit material) that have creepy smiley faces on them. “These clothes mock conformist fashion – I believe following trends is wasteful” she says. Then she points to her masks and continues, “I have a zero-waste ideology. I make these masks out of wasted fabric, and give these shreds meaning.”

Owing a lot to the faculty at Seneca, especially the support of the Academic Chair for the School of Fashion, Gitte Hansen, and practicing fashion designer and instructor Zoran Dobric, Alice says her confidence and exposure, as well as her technical skills are all attributed to her years in Seneca and her relationships with the department even as an alumnus. Today, Alice’s own style is simple; she wears flare cut black pants and a plain, beautiful black top with full sleeves that she says she stitched herself. She wears delicate cornrows on her head to hold her hair back from her face. “I used to be interested in rebellious, dramatic, gothic and punk looks and hairstyles, but as I grew older I began to spend less time on how I dress and more time on my work – today my rebellion is in my designs.”

This week we explore the talented work of Kinoo Arcentales, #SenecaFashion Graduate

“An Echo in History”

To his surprise, Kinoo Arcentales’ journey into the fashion industry was swift and unexpected. Reflecting on the moment when he decided to pursue fashion, Kinoo said, “I never expected being a designer. It was actually during my studies at Seneca, during the RED: Emerging Designer Showcase, where I first took fashion seriously.”

Born in Toronto and raised in Quito, Ecuador, Kinoo is a third-generation fashion designer of Kichwa and Mestizo heritage. Following the footsteps of his grandmother, he explains that like her, he built his success from nothing. Today at the age of 25, Kinoo’s talent and wisdom shines beyond his years. He has designed his own collection, AN.D.N,which earned him the 2016 Rowenta Award for ‘Best In Show’ at Redefining Design and is the owner of Pacha Indigenous Art Collection, located in downtown Toronto; recognized for selling hand-made bags, textiles, art and jewelry created in collaboration with Indigenous communities in Canada.

Showcasing his collection AN.D.Nat the the 21st Century Atelier: Redefining Fashion in a New Age of Design, a collaborative event by the Seneca School of Fashion and the Royal Ontario Museum, Kinoo describes the opportunity “as a privilege”. Working with an androgynous theme, Kinoo created AN.D.N for both men and women and designed silhouettes that closely resemble clothing found in Otavalo, Ecuador – his hometown. Showcased at the event was Kinoo’s favourite design – a Navajo poncho wrapped around a black jacket, worn with draped pants and a dark hazel skirt.

Kinoo considers fashion as an expression of activism, and strives to transform and transcend the stereotypical perception and image of Indigenous art. His mission is to inspire and encourage the younger generation to embrace their traditions and identity, while at the same time, remain detached from conservative ideals.  “AN.D.Ncan be understood as an approach to a prophecy,” says Kinoo. The logo for his company – Yana Manta, which translates to “I am from the void” – envisions an eagle and condor flying in harmony, signifying the fulfilment of a prophecy that traces back 500 years. “The condor and the eagle represent two separate forces from the south and the north, meeting to revolutionize and create a new culture or rebirth. It’s a sign that all Indigenous communities from around the world will gather together.

Speaking on his experience after graduating from the Seneca School of Fashion, Kinoo says, “It turns out the fashion industry is really hard. It’s rewarding and of course you have your five minutes of fame — but what’s more important is not being an echo, but a roar through history. The aftermath is what I’m more concerned with for myself, and what is going to happen five years from now.” In the future, Kinoo wants to continue working with the community and hopes to create a new collection. “I think it’s time to put AN.D.N. to rest. I’m very proud of it, but I think it’s time for it to be put aside and let the next thing take over.”

When asked what advice he would give to students at the Seneca School of Fashion, Kinoo said, “The fashion industry is bitter-sweet. It’s hard. Work really hard. You have to have a very strong attitude and ethic of work. You can’t go there thinking it’s easy and that I’m going to get a job. If that doesn’t happen, create your own job, create your own position. Build it from something and invest in yourself.”

Check out our #VMA student projects featured in Win a WindowsWear Student Award and Scholarship on WindowWear.com. WindowsWear will compile and share the best student projects through a WindowsWear Student Awards competition and users from around the world will vote for their favourites – the project that receives the most votes wins scholarships totalling $5k! All students who are part of the competition will also be invited to attend the WindowsWear Summer Party on May 30, 2019, in New York City!
Best of luck to our #VisualMerchandisingArts students! #SenecaProud 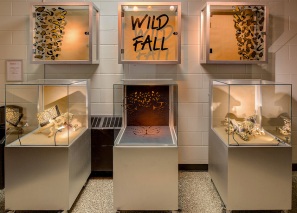 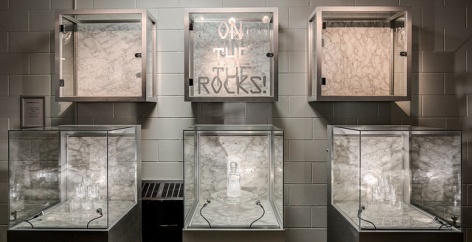 The tabletops were glamorous and the venue decked out. But the recent production of Inspired Spaces — Seneca’s annual tabletop competition — was more than just beautiful tables.

“It has evolved into a huge production that creates a real-life learning experience for all of our students,” said Professor John MacBride, Program Coordinator, Event Management – Event & Exhibit Design.

The event, which saw collaboration from four academic programs and seven industry partners, drew more than 200 industry professionals from across Canada to the new Centre for Innovation, Technology, and Entrepreneurship (CITE) at Newnham Campus on March 27.

“The involvement of the other academic areas elevated the sophistication of the event. It was the best turnout we’ve ever had,” MacBride said. “It takes all of us to pull off an event like this and our industry partners helped put it on the national stage.”

“We were asked to provide background entertainment, but the event provided incredible potentials for the students,” said Professor John Switzer, Program Co-ordinator, Independent Music Production. “They were excited by how official the event was and by the positive response from professional event planners who approached them for future opportunities.”

Behind the scenes, about 20 students from the Event & Media Production program handled technical production, content development and event planning for Inspired Spaces, everything from lighting to audio and video systems.

“We were there to up the game, so to speak, and to provide a better user experience,” said Professor Tim Abbott, Program Coordinator, Event & Media Production.

In turn, Abbott said the students benefited from cross-disciplinary experiential learning that is crucial to their work.

“Something always goes wrong at events, and the better prepared you are, the more you are able to calmly react,” he said. “It’s not real until the audience is there and people only know we are there if something goes wrong.”

While this year’s Inspired Spaces handed out top three awards to Sakina Li (gold), Riley Wilson (silver) and Han Vo (bronze), the event was a win for all.

Brendan Pilgrim, who made up his mind to come to Seneca after watching Inspired Spaces on YouTube three years ago, received two jobs from industry professionals who attended the event.

“I met with three décor houses and they all gave me great feedback about my unique taste and storytelling,” he said. “Now I’m booked!”

From setting up and booking catering to inspecting rental delivery and tearing everything down after the event, Pilgrim said the hands-on approach of working with other students and industry partners exposed him to the life of an event designer and planner.

“It’s not just the creative aspect, it’s also business planning,” Pilgrim said. “It’s a true reality of what the event industry is all about.”

Congratulations to everyone involved!

Want more? Check out our photo gallery of the 2019 Inspired Spaces.

Looking back and celebrating our best nine posts for 2018! With the start of the winter semester in full effect, we are excited for all that a new year will bring. #SenecaFashion #SenecaProud

Behind the scenes look of our Visual Merchandising Arts students volunteering at the Toronto Santa Clause Parade Headquarters! 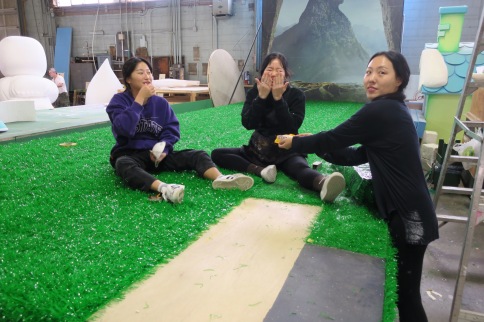 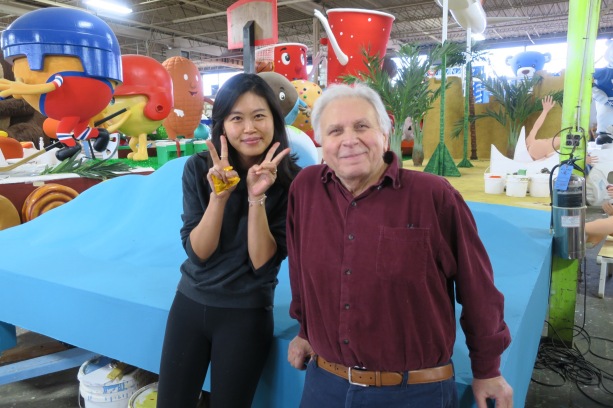 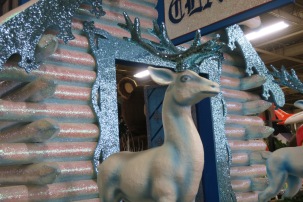